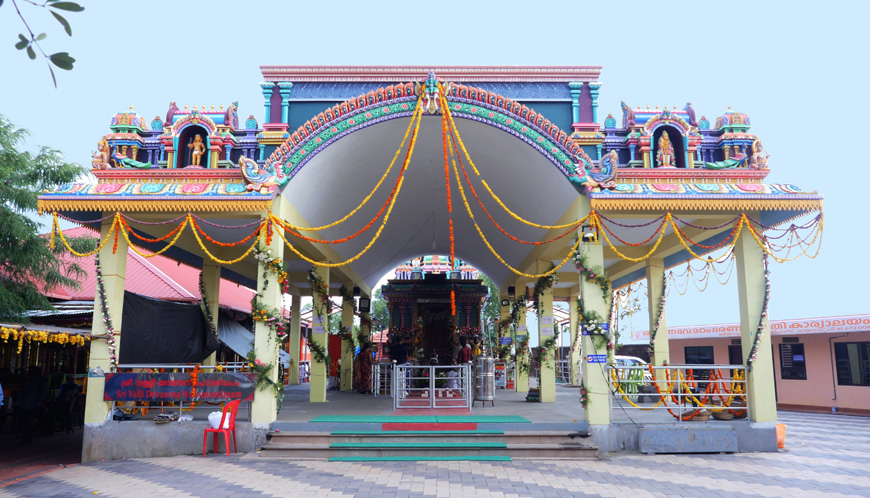 Sadhguru Sri Sharavana Baba had predicted many years ago that a temple for Lord Muruga, similar to the one in Palani would be established in Kozhikode.

As per Sri Babaji’s sankalpa, the temple shall be an exact replica of Palani Murugan temple, dedicated to Sri Jnana Vela Dhandaayudhapaani atop the hillock of Mayiladumkunnu. in Kozhikode district of Kerala.

The magnitude of this divine sankalpa is enormous, as it is in consonance with the divine incarnation of Sri Babaji.

In accordance with Sri Babaji’s sankalpa, the temple for Sri Jnana Dhandayuthapaani akin to the one at Sri Palani in Tamilnadu was constructed and consecrated on the 6th of June 2017.

For the manifestation of the divine Sankalpa, Sri Babaji chose the splendid location of Mayiladumkunu, a sacred hillock in Kozhikode city of Kerala.

Sri Babaji had predicted many years ago that a hillock will be dedicated for Lord Muruga, wherein a temple akin to Sri Palani Murugan temple would be established.

Donate For a Cause