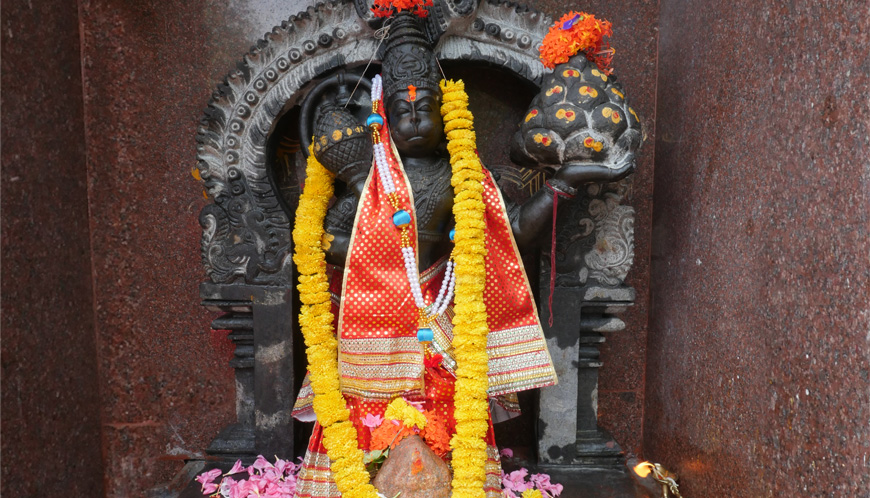 As the pilgrims reach atop the hillock of Mayiladumkunnu, on the last landing on the stairway a marvellous idol of Sri Hanuman, named as Sri Veera Pratapa Anjeneya Swamy, has been consecrated. The idol was consecrated in reverence of Sri Bindhu Madhav Swamiji of Belaguru in Hosadurga district in Karnataka, an avatar of Lord Hanuman.

The last leg of the climb is dedicated to Lord Hanuman symbolising the embodiment of Devotion and Power. Pilgrims express their gratitude to Lord Hanuman for having given them the strength to climb the hillock, by lighting a lamp, offering fruits / food, and signing in praise of Lord Rama and Hanuman.

Sadhguru Sri Sharavana Baba ji has also consecrated a rock, which is the one of the earliest finds of Sri Babaji, wherein Sri Babaji had the vision of Sri Hanuman in that very rock. If one looks closely at the rock, one can see the visage of Lord Hanuman on that rock.

Donate For a Cause